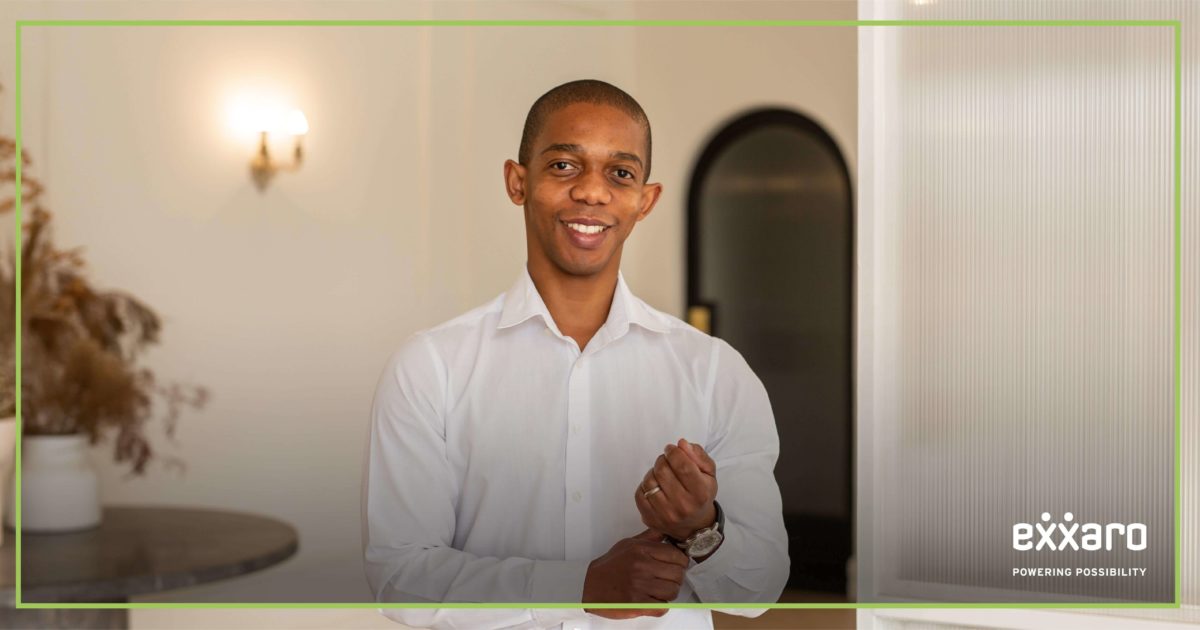 Another inspiring young miner in the Exxaro team, Teboho Dibate, cites the organisation’s financial and developmental support for getting him to where he is today. As the Mineral Resources Manager (MRM) at Leeuwpan Coal Mine, Teboho heads up the mine’s MRM department of 21 miners. He coordinates the various functions and activities within the department, including geology, surveying, mine planning, business optimisation, mine engineering and rock engineering.

At only 33 years old, this is an impressive achievement for the Vanderbijlpark-born mining engineer. Teboho completed his BSc Mining Engineering (Hons) at the University of the Witwatersrand through Exxaro’s bursary programme. Initially, he was awarded a bursary from Namakwa Sands, but this was transferred after Exxaro acquired the company.

When asked about his experience being part of Exxaro’s talent pipeline, Teboho explained, “The bursary programme has had a positive impact on both my personal and professional life, and I am proud to have been offered the opportunity. Through this initiative, I was able to complete my tertiary qualification and become a qualified mining engineer – something that I am very passionate about.”

After his studies, Teboho joined the Exxaro Professionals in Training (PIT) programme where he immersed himself in various operations across the mining group. “Working as a PIT was a memorable experience, and I made long-lasting connections. The PIT programme allowed me to fast-track my development – under normal circumstances I wouldn’t have been able to gain the knowledge and experience of working at underground and opencast mines in such a short period. I was also able to act in various operational and technical roles invaluable in helping me build my leadership skills.”

The diligent PIT also went on to win Exxaro’s PIT symposium award? in 2014 for the great work he had been doing at North Block Complex (NBC).

“I have learned that you can’t rush success. Every experience you go through, whether good or bad, will play a part in building your character,” Teboho commented. His optimistic attitude explains why he continues to excel in his career at Exxaro.

Another key to his success? A hunger for knowledge. “The most important thing to understand is the need to be proactive and always seek to learn. Be humble and ask questions when you don’t understand something,” he added.

As a final message to community youths, Teboho concluded, “Opportunities will present themselves when you least expect them. Make sure that you grab them with both hands and work towards your desired future.”

In 2019, Exxaro invested a total of R224 million in job-related bursaries and scholarships.