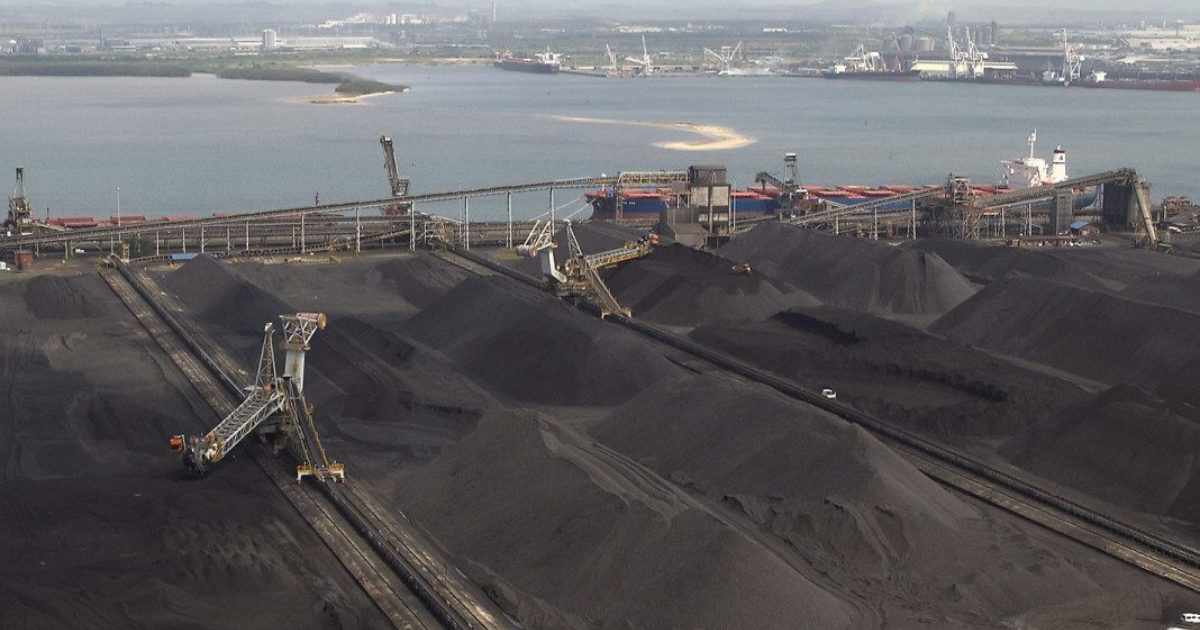 EXXARO Resources will consider exporting coal through port handling terminals other than Richards Bay Coal Terminal (RBCT), in which it is a shareholder, as it sought to manage the twin effects of congestion and inclement weather.

Responding to questions following publication of its financial year pre-close message, the coal producer said it would consider the possibility of channeling exports through Richards Bay Navitrade, which Grindrod and RBT Resources manage under licence from Transnet Port Terminals Authority, and Mozambique’s Maputo port facilities.

The group didn’t get the coal export performance it required as a result of difficult weather conditions in Richards Bay where congestion is currently high again. Monsoon conditions on coal routes at other times of the year also made improved export management a necessity.

On a similar issue of export transportation channels, Exxaro also said that it had experienced a derailment this week on the coal line – the second in as many months. The coal line is managed by Transnet Freight Rail (TFR), a unit of Transnet which is government-owned. In October, TFR reported a collision between two trains at the Matlabas crossing located between Thabazimbi and Lephalale.

Commenting in its update, which provides guidance on the firm’s operating performance, and other strategic matters ahead of its financial year-end close, Exxaro said that coal volumes moved by TFR were running at an annualised tempo of just over 70 million tons a year (Mt/y) after railing 59.42Mt from January to October.

Export rail performance from Exxaro’s Grootegeluk mine in the Limpopo province had declined after “… the annual coal line shut. This was exacerbated by the October train collision. Export rail performance for the Exxaro Mpumalanga and Waterberg Transnet Long-Term Rail Agreements achieved 95% against the annual contracted tonnage, with Grootegeluk achieving an average of 4.3 trains per week, it said.

“High-level engagements are ongoing and train planning has been approved at levels above five trains per week,” the company said. The aim is to reach seven trains per week, increasing to as much as 10 trains weekly.

In terms of sales, supply to Eskom was higher for the year: up 3% whilst export sales were 12% higher with Exxaro re-directing coal that would normally have been sold in the domestic thermal coal market. Domestic sales, therefore, fell some 34%.

Riaan Koppeschaar, CFO of Exxaro Resources, said the company hoped to provide an update in the short-term on plans to sell its base metals facilities at Black Mountain in Namibia. The asset had been deemed non-core for a number of years without the company able to get the mines away.

The firm’s extant shares in Tronox, a New York-listed minerals sands company, were also deemed non-core. Exxaro has said previously that sale of the balance of the shares would be done at value. Koppeschaar didn’t give any timing details of the sale of the balance, but he noted that Tronox shares were now trading at about $12 from $7/share previously.

In 2017, Exxaro sold 22.42 million Tronox shares equal to approximately 19% of Tronox’s total outstanding voting shares in issue for about R6.55bn. It still has 24% in the firm.

There is uncertainty, meanwhile, regarding Exxaro’s attitude to a proposed joint venture with Anglo American on the Moranbah South project in Australia.

In June last year, the project was back on Exxaro’s radar after failing to sell its stake previously. Then in March, the company said it would weigh the project against other potential merger and acquisition opportunities it had in which it would “look seriously” at short term cash generating prospects.

In his update today, Koppeschaar said: “In respect of the Moranbah South coking coal project, Exxaro together with Anglo American, are still in the process of reassessing the potential development plan.

“As previously stated, we are constantly reviewing our asset portfolio, this is especially relevant now given the prevailing market conditions.”