Belfast mine is set to break new ground 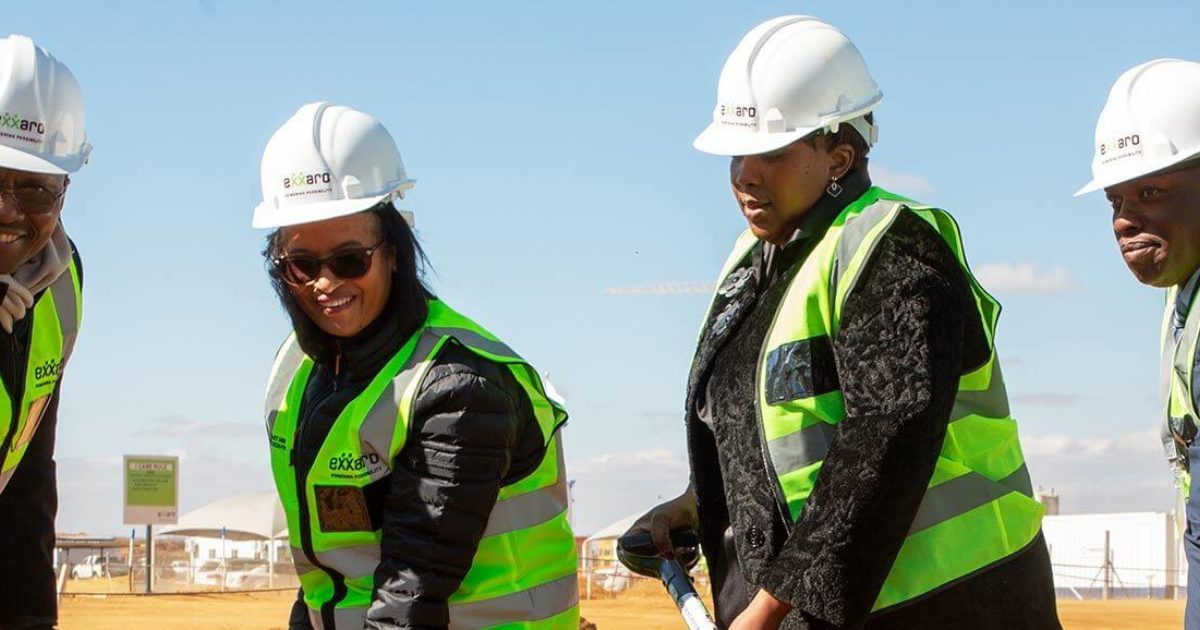 It will create close on 6 000 direct and indirect jobs during construction and the life of the mine, with almost 20 000 people benefiting. It is expected to contribute R39-billion to local GDP over the life of the mine, with Nkangala District Municipality’s GDP estimated to gain as much as R2.1 billion per annum, including R966 million – a full 1% increase – of direct impact on the district municipality.

Overall, the BIP is anticipated to reduce unemployment in the municipal district by 2%, supporting Exxaro’s strategic vision of powering better lives in Africa and beyond.

The new mine - which is located about 10 km south-west of Belfast, on the southern side of the N4 highway – is also the first of its kind in South Africa to have a “digital twin”.

The “digital twin” is a complete digital replica of the mine which will allow management and the contracted company to connect to and manage it from anywhere and the maintenance teams will be connected to certain machinery to analyse and pick up problems early – resulting in increased safety and reduced downtime.

Construction, which began seven months ago, is expected to last 24 months in total.

Current life of mine is expected to be 17 years once operational. It will produce 2.7Mtpa A-grade thermal coal for export.

In his address, Exxaro CEO Mxolisi Mgojo said, “Exxaro acknowledges that it is our responsibility to create a future that our children and grandchildren can be proud of. Exxaro takes that responsibility very seriously.

We are very excited at this opportunity. But we must acknowledge that we operate in an environment of vast inequality, poverty and unemployment. Therefore we are mindful of the possibility that comes with the Belfast Implementation Forum. This is not just about creating a new mine. As we create, we need to consider how we start leveraging opportunities to create new economies.

“Exxaro’s purpose is rooted in our belief that unless we power better lives for people, not only in his country but beyond our borders, then we have not lived our purpose,” Mgojo added.

Said Mpumalanga Premier Refilwe Mtshweni: “Exxaro Resources as a proudly South African company has been exemplary and at the forefront of reshaping how the mining sector contributes to nation building for the past 12 years. Today is a testament to that.”

Mtshweni noted that it had taken Exxaro 20 years to develop BIP, which would cost R3.3 billion.

“This investment is in line with the call by the President of the Republic of South Africa Cyril Ramaphosa, who has challenged local companies to take the lead in investing in our country as part of his drive to raise US $100-billion investment over the next 5 years,” she said. “This investment will induce much needed economic activity in Belfast and in the Emakhazeni municipality whose economy is mostly boosted by its vibrant agricultural sector.

“As President Cyril Ramaphosa has said, the biggest challenge facing our country and our economies at national and local level is to get investments that will induce economic activity. Exxaro’s belief in revitalising small towns and upskilling its workforce will ensure that this objective is achieved and that our people do not become economic migrants of bigger provinces like Gauteng.”