Empowering a local municipality with a new community hall. 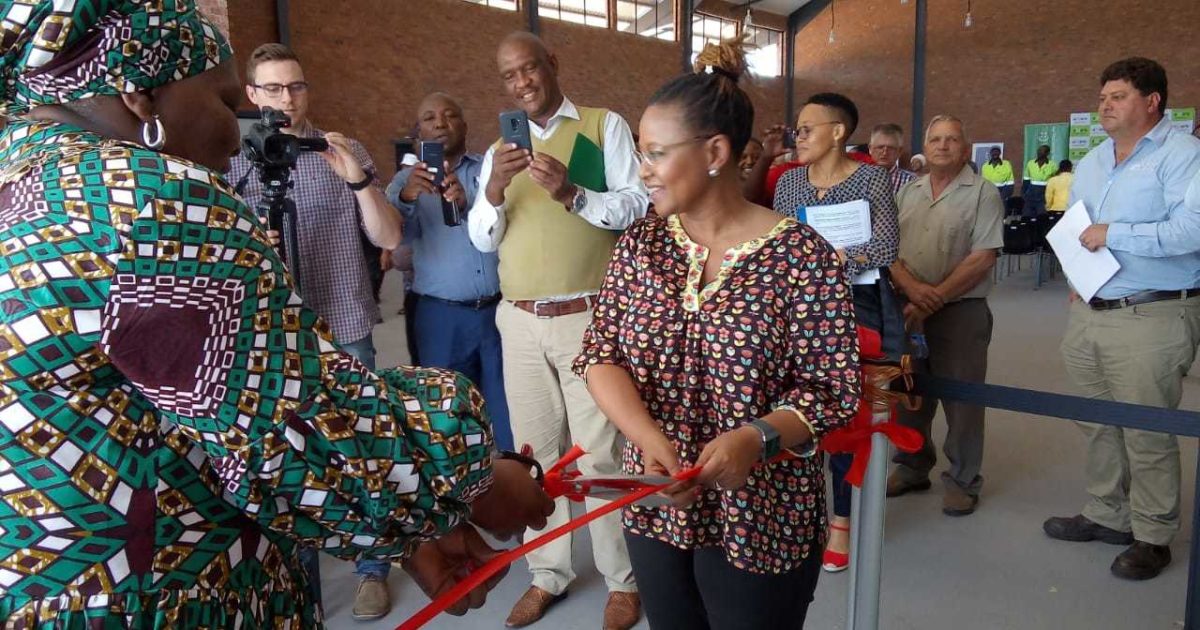 On 17 October, mining company Exxaro introduced the Ga-Nala municipality in Mpumalanga to their brand-new community hall, built by Exxaro, in a formal handover ceremony.

“We, as Exxaro, pride ourselves in being more than just a mining company. We strongly believe in making a positive impact on the world and empowering the local communities in which we operate,” said Exxaro Executive Head of Coal Dr Nombasa Tsengwa at the handover ceremony.

The hall, which can accommodate approximately 560 people, will be used by the Ga-Nala community for events and upliftment programs to provide a positive environment that promotes individual and community involvement and social inclusion.

Planning for the building of the hall was a joint effort between Exxaro and the people of Ga-Nala working together, as well as input from local councillors, community forums, Department of Minerals Resources and Energy (DMRE) and local construction companies.

The community hall stands as a testament to Exxaro’s commitment to a two-way relationship, enriching the communities in and around the areas where the company has a presence.

The Ga-Nala community hall is only one of several recent empowerment initiatives and social outreaches by Exxaro in the region. After purchasing the old Total Coal SA assets in Mpumalanga in 2015, the company has given back to the community with the construction of Bonginhlanhla Primary School, in collaboration with Seriti and Eskom, several local Maths and Science literacy programmes and the refurbishment of the Ga-Nala landfill site. Exxaro is also currently in the process of assisting the municipality with the connection of water and sewerage infrastructure for the Thubelihle community that is situated opposite the Dorstfontein West mine.

“A significant contributor to the country’s power-generation industry, the Mpumalanga province remains a critical stakeholder to Exxaro,” said Tsengwa. “Consequently, we have invested broadly in socio-economic development initiatives in the province – one of which is the reason for our presence here today. Through our Enterprise Supplier Development (ESD) programme, we have provided financial support to 12 local enterprises to date. We have also provided funding to the tune of R38.9 million, comprising of R13 million in grants and R25.9 million in interest-free loans.”