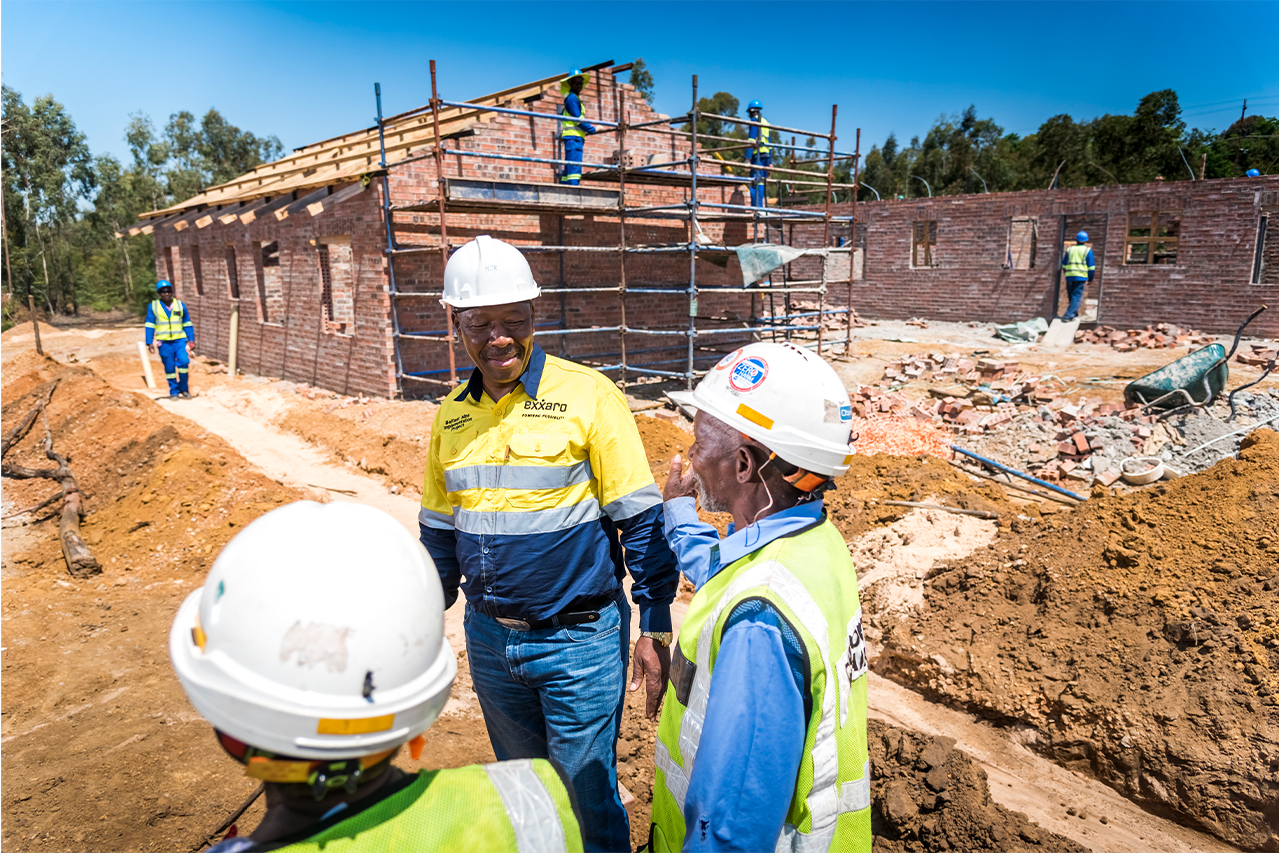 South Africa has seen a steep increase in climate related disasters over the past few years that have left vulnerable communities worse off. In the province of KwaZulu-Natal (KZN), heavy rain between 11 – 13 April 2022 resulted in severe flooding and landslides that led to the death of over 400 people and the destruction of more than 25,000 households. And add to that, between 2019 and 2021, the Western Cape (WC) has been the site of more than 8600 shack fires. Factoring in the loss of lives and damage of integral infrastructure such as roads, schools and health centres, President Cyril Ramaphosa declared a state of disaster.

Aligning not only with its purpose, to power better lives, and to be more supportive of vulnerable communities, Exxaro is providing R10 million to the non-government organisation (NGO), the Gift of the Givers Foundation to support emergency response efforts in KwaZulu-Natal (KZN), Eastern Cape (EC) and Western Cape (WC).

Badr Kazi, Director at Gift of the Givers Foundation explains, “The funds will greatly contribute towards advancing various education infrastructure and the reconstruction of communities”.

Dr Nombasa Tsengwa, CEO of Exxaro Resources, says that “developing our local communities is core for business sustainability and economic success. We have a strategic objective to empower our people to create impact and as such, we are intentional in putting measures in place to ensure that this is realised in our communities. Gift of the Givers have exemplified, through their commendable work over the years and across the continent, that they are the ideal partner for us to collaborate with in responding to these disasters.”

The South African Human Rights Commission (SAHRC) released findings on the KZN floods recently and deemed it imperative for the state to guarantee humanitarian aid to those who suffered from the floods. It has been reported that temporary residential units (TRUs) have been provided to families.

Gift of the Givers has been in operation for the past 30 years. It has operated in 45 countries and successfully distributed R4.5 billion in aid funds. With this level of credibility and accountability, Gift of the Givers proves to be a worthwhile philanthropy partner.