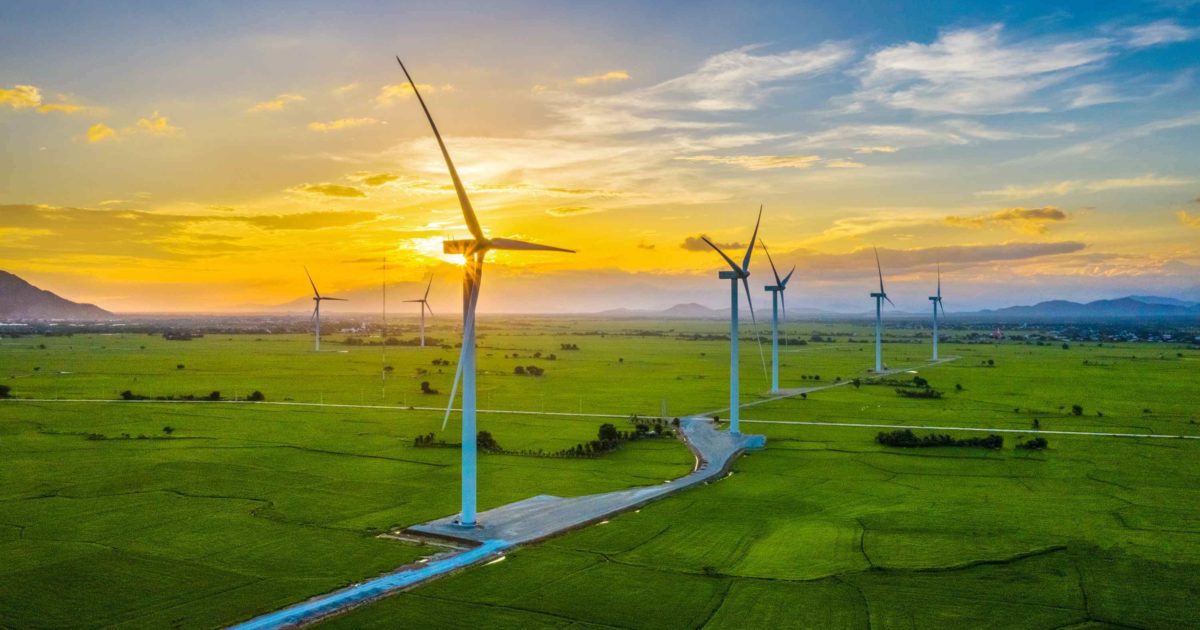 Exxaro Resources, at present a predominantly coal mining company, has started to diversify away from fossil fuels towards alternative resource opportunities.

The company has a 20% stake in Kumba’s Sishen Iron Ore Company. It also has two wind farms in the Eastern Cape with a generation capacity of 239MWthrough its ownership of Cennergi, which owns and operates the Tsitsikamma Community and Amakhala Emoyeni wind farms. “Renewable energies will be a future growth area,” says Exxaro CEO Mxolisi Mgojo. “We have been very deliberate about how we diversify Exxaro’s portfolio towards cleaner energy resources.”

In March, Exxaro published its climate change position statement, which includes its target to be carbon neutral by 2050. Mgojo says the company is cognisant of the physical and transitional risks of climate change and considers it a serious threat both to the business and to society, A decision was taken to develop policies and programmes to begin the transition to a low-carbon future. Exxaro is part of the mining industry’s Just Transition Climate Change Pathways Project.

“We believe renewable energy resources can play a significant role in the supply of reliable power in SA, providing greater economic participation and energy security for previously marginalised communities and access to affordable energy, while keeping our communities healthy and resilient to the impact of climate change,” says Mgojo.

A key element of Exxaro’s climate change adaptation journey is operational resilience. What this refers to, explains Mgojo, is the company’s ability to withstand changes in the global economy by managing its portfolio of projects and capital allocation and by climate-proofing the business through ways of incorporating an eco-friendlier approach to supplying power. However, Mgojo says coal will continue to be a critical part of SA’s energy mix for the foreseeable future. “Coal will remain relevant in the production of electricity in SA for some time to come high unemployment, low economic growth and high levels of poverty create a less than ideal socioeconomic environment, in which coal cannot be switched off overnight. Therefore, the transition from coal may take time. Even first world countries like Germany have taken two decades to transition away from coal.”

Exxaro expects that demand for coal will increase locally as the Medupi power station in Limpopo — to which Exxaro supplies coal and the Kusile power station in Mpumalanga come online. In 2019, Exxaro’s sales were affected by delays at Medupi. The issue of Eskom ’s sustainability continues to represent a significant risk both to Exxaro and the economy, says Mgojo. Self-generation of electricity, he says, will help to ensure SA’s power security. The company has no plans to invest in any new coal mines and wants to mine higher-quality coal with a lower ash content from its existing reserves.

But Mgojo says Exxaro is cognizant that it needs to have sufficient resources of coal to fulfil its existing long-term contracts. The new carbon tax, he says, will add a cost burden to the business and affect future earnings. It’s an additional incentive for the introduction of programmes to offset and reduce its carbon emissions. Exxaro ’s financial year ends in December. In March 2020 it reported a 9% increase in core headline earnings for the 2019 financial year, largely as a result of growth from Sishen Iron Ore Company.

Its interim results announced in August 2020 were positive, largely as a result of Exxaro ’s ability to carry on operating through the lockdown. Key highlights included a 23% increase in exports, a 16% rise in headline earnings per share and a dividend payment of R6.43 a share. Mgojo, who is also president of Minerals Council SA, has been integrally involved in the mining industry’s response to the Covid-19 pandemic.

“Fortunately the industry is by nature geared to handle these challenges, given its focus on health and safety. As a result we already had many of the required protocols in place. Our response to the pandemic as an industry was a balance between saving lives and saving livelihoods. As a coal miner we were deemed an essential service we ’ve got to keep the lights on — so we could continue to operate, albeit at a reduced level and while ensuring social distancing and sufficient screening and testing.”

Along with other mining companies, Exxaro took the initiative to procure and establish testing capacity including machines, testing kits and reagents — and to provide for qualified staff; or it made arrangements with private facilities to have access to increased capacity. The company in - vested in two laboratories. These have subsequently been made available to provide testing services for local communities in addition to employees. The company donated R20m to the Solidarity Fund, and additionally, through the Exxaro Chairman’s Fund and the Exxaro Foundation, released R3.45m to assist Mpumalanga and Limpopo with community needs such as improving water and sanitation infrastructure, as well as to supply food parcels, PPE and other consumables.