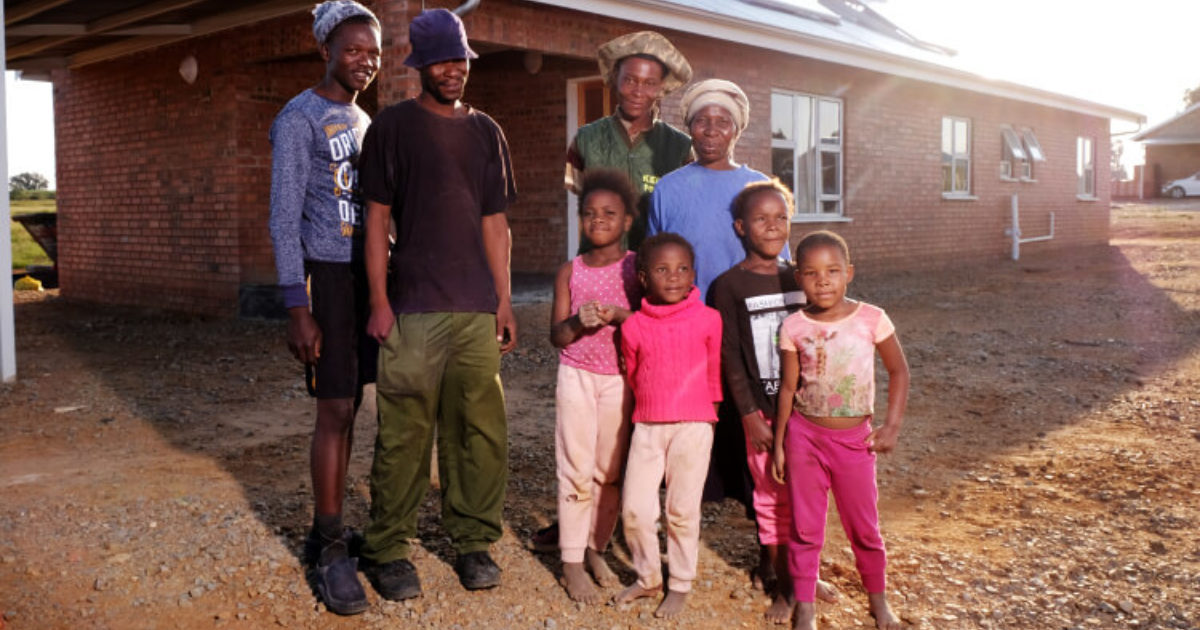 Exxaro’s R3.3-billion Belfast Implementation Project (BIP) is powering ahead with its ambition to harness the last A-grade, high-yield coal deposit in Mpumalanga, about 10 km south-west of the town of Belfast. A key part of this ambitious mining venture from South Africa’s leading black empowered resources company was the need to relocate some community homes and grave sites as part of the project’s Resettlement Action Plan (RAP) and Grave Relocation Plan (GRP). In January the process hit the 95% completion mark an impressive four months ahead of schedule.

In addition to over 170 graves, thirty households (comprising a total of 190 people) were successfully and safely relocated from mine areas to the Exxaro-constructed village of Phumlani, named by the RAP-affected community. More than just a resettlement, the project has had a strong upliftment focus and has provided the local population with essential services that many community members have never enjoyed before, such as indoor plumbing and a potable water supply, electricity and hot water (generated by solar geysers). Phumlani’s brick dwellings feature modern kitchens and bathrooms, replacing outdoor ablutions and traditional cast-iron stoves.

Exxaro has spent a total of R71 million on the RAP to date, which equates to a R2.2 million investment in each of the affected 32 households. The mining organisation has also donated close to 300 hectares of land to the community, who will have security of tenure under a communal property association administered by the Department of Rural Development and Land Reform.

BIP is on track to start producing thermal coal in 2020 and has been 20 years in development. The closely-linked RAP and GRP took almost five years to complete, with Exxaro project team members spending close to 100 Sundays in consultation with the community via meetings, workshops and general engagements.

Exxaro’s Belfast RAP is ground-breaking for being a complete implementation according to the International Finance Corporation’s Performance Standard 5. Everything accomplished has been well within budget and timeframe.

Johan Van Der Bijl, Project Manager for the BIP in Exxaro’s Projects & Technology division, explains, “Protecting the dignity of people in our surrounding communities and leaving a positive legacy are major objectives of Exxaro. Given the extensive engagement and co-operation of the community, and the overall seamlessness of the physical resettlement, I think we can be proud of what we’ve achieved so far.”

Exxaro’s R71-million Phumlani investment excludes a livelihood restoration plan and associated initiatives that will be implemented over the short-to-medium term to create an economically sustainable community.

Overall, BIP will create close on 6 000 direct and indirect jobs during construction of Belfast Mine and its estimated 17-year life. Almost 20 000 people will benefit by extension. The project is expected to contribute R39-billion to local GDP over the life of the mine, with Nkangala District Municipality’s GDP estimated to gain as much as R2.1 billion per annum. Unemployment in the district is predicted to drop 2% as a result of the technologically-pioneering facility.

Such economic stimulation reflects Exxaro’s strategic vision and commitment to powering better lives in Africa and beyond.