Pretoria man gets wheelchair … thanks to 450kg of trash 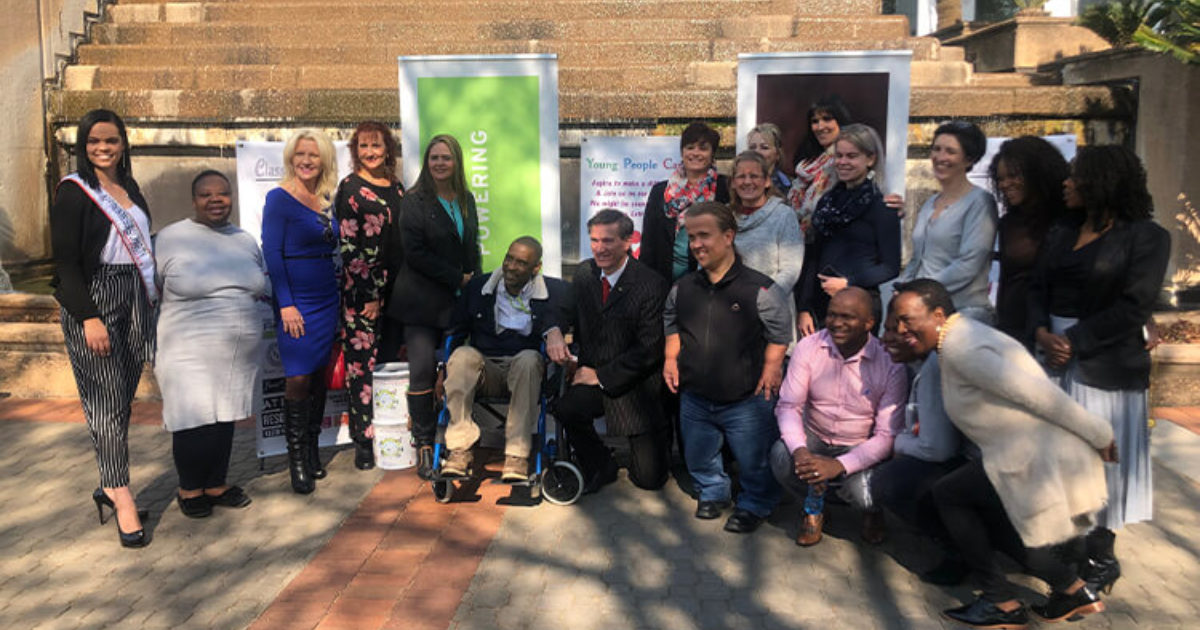 The axiom that o‌ne’s person’s trash is another’s treasure has never rung more true than in the case of Steven Kalil. The 49-year-old incomplete tetraplegic from Lynnewood Ridge in Pretoria has a brand new wheelchair – thanks to 450kg of discarded plastic bottle tops.

Kalil had applied to NGO Young People Care (YPC) for a wheelchair as he was using a borrowed o‌ne.

YPC, which was started by teenage sisters Crystal and Tyque Nelson in 2015, put out a call to their members, businesses and friends – including several Exxaro employees – who collected 450kg of plastic bottle tops to get Kalil a new wheelchair.

The wheelchair was handed over to an ecstatic Kalil at Exxaro’s headquarters in Pretoria yesterday (EDITORS: Wednesday, 29 May 2019).

Says Mzila Mthenjane, Exxaro’s executive head of stakeholder affairs, “A company is made up of people and it is heartening that the people who make up Exxaro do not just talk about powering better lives but live our vision. Those selfless Exxaro employees who helped collect 450kg of bottle tops to secure a wheelchair for a stranger are role models for the rest of us and what Exxaro aspires to. We, like our generous employees, are determined to power better lives for all South Africans.”

Says David Nelson, executive director of YPC: “We thank all our members who contributed to this load of bottle tops to give the gift of mobility to Kalil. YPC’s motto is ‘We might be young, but our hearts are extraordinary!’ The handover today, as well as all the other projects YPC has undertaken, shows the impact that the young can and do make and proves that South Africa’s future is bright.”