Recommitting to responsible corporate citizenship through indlulamithi sa scenarios and beyond 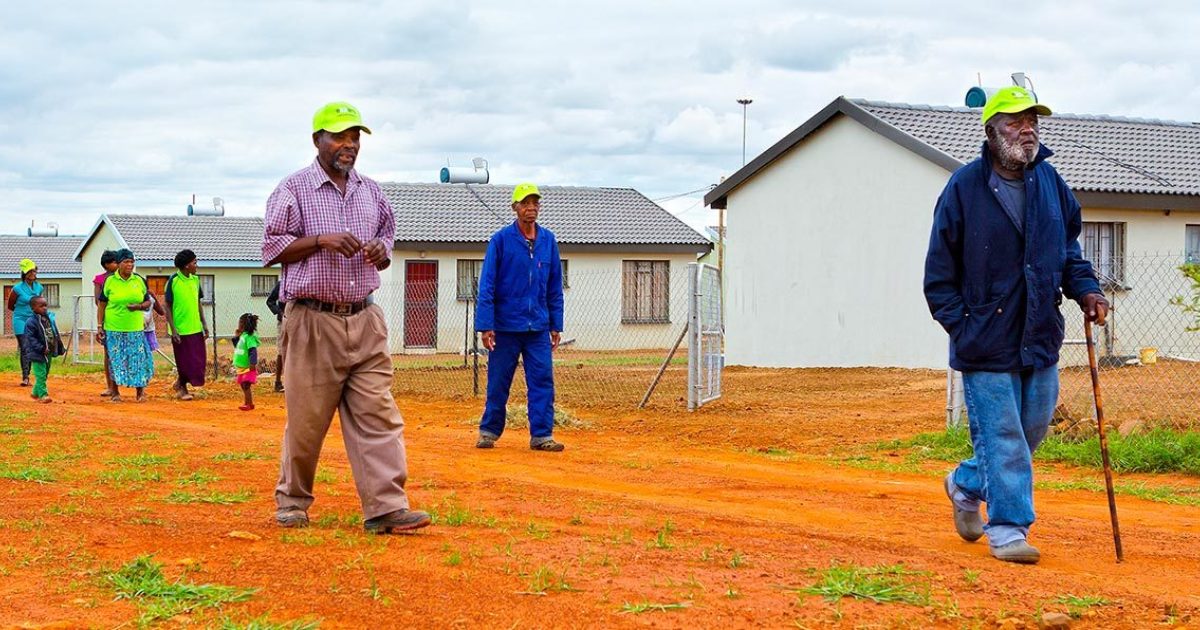 A prosperous society built on gainful employment, ethical leadership and governance and safe communities – these are our aspirations for South Africa and we believe they are achievable. The trials we face as a country are as complex as they are plentiful. So much so that it can be difficult to take a step back, assess our situation holistically, and set a course of action based on the bigger picture we would like to see realised in the future.

And that big picture is what the Indlulamithi South Africa Scenarios 2030 project, which began mid-2017, is all about. Indlulamithi – the Nguni word for giraffe – literally means “rising above the trees,” and speaks to our mandate as South African citizens to focus on our long-term, expanded vision for the nation. Exxaro was proud to take part in the development and subsequent launch of the Scenarios, which was held on 21 June; it is part of our mandate to contribute meaningfully to both this vision, and its realisation in the years leading up to 2030.

At Exxaro, we are committed to making an impact through achieving our transformation objectives (measured against the terms of the Mining Charter and the DTI’s Codes of Good Practice), and simultaneously growing a successful organisation – to the benefit of not only our shareholders, but our employees and their communities as well. Following the conclusion of our sustainable 30% black ownership and empowerment deal, the composition of the Board of Directors has significantly transformed in terms of gender, increasing the proportion of women from 14% to 36%, whilst remaining the same at 71% in terms of race and acquiring the relevant skills that will direct and enable Exxaro to contribute to a better country.

As a major player in South Africa’s electricity generation value chain (Exxaro supplies nearly one-third of the coal that Eskom relies on to meet the country’s energy demands) investment remains a top priority. 2018 has proven to be an exciting and fruitful year in this regard.

A number of expansions and new coal projects are currently underway in both regions where we operate. The most notable of these is in Lephalale (Waterberg, Limpopo province), where we have committed R6.7 billion to expansion projects that will increase our coal export volumes. It’s our view to increase this expenditure by R2.8 billion to R9.5 billion when our new Thabametsi mine becomes operational to supply, inter alia, its namesake Thabametsi coal IPP.

In addition, our operations in Mpumalanga are similarly undergoing expansion projects totalling R3.9 billion, including the flagship Belfast project aimed at increasing export volumes even further. Our Enterprise and Supplier Development programme is also being intensified, to increase compliance within our organisation, but most importantly to provide opportunities and foster collaboration to grow local businesses, some of which may support our long term business development and growth.

Although we aim to grow our coal business in line with domestic and offshore demand, Exxaro is also committed to looking beyond coal as both the country and the continent respond to the urgent challenge of climate change. Both internally and among our stakeholders, investigating alternative energy generation sources and eco-friendly business models are high-priority items in our long-term strategy.

Exxaro remains committed to exploring innovations and technologies that can improve our current business’s resilience, while also identifying opportunities that will enable a smooth transition to a low-carbon future.

The communities that work within, and live around, our operations are central to the purpose statement that informs Exxaro’s “power better lives” strategy. In the five years between 2012 and 2017, Exxaro spent R110 million on whole school development initiatives in Mpumalanga (R28.3 million), Limpopo (R31.27 million) and Gauteng (R50.36 million).

In Lephalale’s rural communities, we are proud to have partnered with the local municipality and the Limpopo Roads Agency to improve roads in the area at a cost of R350 million. Lephalale is also the location of Exxaro’s employee housing and home ownership programme, valued at an estimated R300 million.

Following the closure of our Tshikondeni mine in 2015, we are currently completing our Post Mining Investment Programme (valued at R228 million) in this region of Limpopo. The programme includes Social and Labour Plans projects (56 houses for the community plus three Early Chilshoos Development centres, among other elements), a microgrid programme valued at R20 million, a legacy project for R16 million, and a rehabilitation project with a value of R168 million. We expect future and strengthening collaboration efforts in Limpopo, amongst Exxaro, Provincial government, Anglo American, World Vision and CSIR, to deliver additional benefits.

Meanwhile, in Mpumalanga we have completed several projects across multiple municipalities, including a TVET college in Delmas, in partnership with Universal Coal; and a new Klarinet Sports Field, valued at R12.3 million, on behalf of the Emalahleni Municipality and the Department of Sports, Arts and Culture.

Projects lined up for the near future include a R12-million spend on the Rietkuil Township near Arnot, and several Enterprise and Supplier Development initiatives. Notably, there’s eMakhazeni Municipality, where we have created procurement opportunities which will include set-asides close to R300 million from the development of our Belfast project.

As a leader in South Africa’s mining sector – one of the key pillars of our economy in terms of foreign exchange and employment – we at Exxaro know better than most the vital role that corporate citizens play in achieving transformation in South Africa’s socio-economic landscape. Our own strategy for 2026, in fact, is well-aligned with the Scenarios goals for 2030, envisaging a successful company that continues to lead the way in terms of transformation – and making a meaningful contribution to the development of a prosperous South African society, in its entirety.