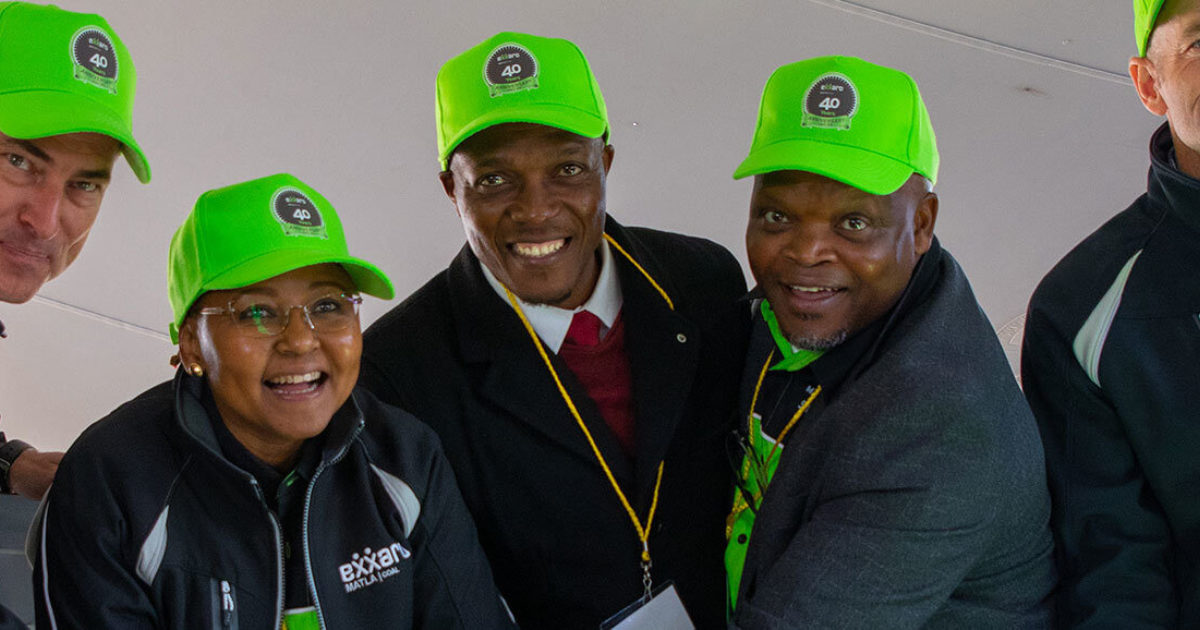 4 October 2018 marked a momentous day for Exxaro, one of South Africa’s largest and foremost black-empowered coal companies. The mining heavyweight hosted the Safety Health and Environment (SHE) Day and reinforced important messages around safety topics with employees and other stakeholders on the day. This was followed by a 40th birthday celebration as one of Exxaro’s oldest coal mines.

Held at the Matla Coal Sports Ground on Haasfontein Farm in Kriel, Mpumalanga, these momentous occasions were celebrated by key stakeholders paying tribute to the powerful impact Exxaro Matla Coal Mine has had on the coal industry and local communities over its 40 years of service.

Operating since 1978 as a “Tied Coal Mine” with the sole purpose of supplying coal to Eskom’s Matla Power Station, in terms of the Coal Supply Agreement (CSA) entered into. Matla Coal is a mining complex consisting of two operating mines (and one under care and maintenance) that currently produce a combined total of approximately 7 million tonnes of coal annually, making it one of the prominent contributors in the overall power supply in South Africa.

In addition to its immense energy contribution, Matla’s impact extends into the homes of thousands of locals, providing income for 4139 employees derived from 1939 full-time staff and 2200 contractors, with a further 3 000 families to benefit from Life of Mine projects currently underway. Exxaro also encourages youth participation at Matla, in the hope of reducing the official 29% youth unemployment rate in the country.

With a hands-on approach to Local Economic Development (LED) Projects and Corporate Social Investment (CSI) initiatives, economic and community development is also at the heart of Matla Coal. Through its community-driven interventions, Exxaro collaborates with relevant authorities and other regional stakeholders while also inspiring local communities to participate from a recruitment, skills development and preferential procurement point of view.

Coupled with the SHE initiatives and the celebration of its achievements over the past 40 years, Matla Coal also arranged health- and safety-centred activities for its employees on the morning of the event. This is in response to the revelation of rising industry fatality and accident rates, after which the Minerals Council of South Africa announced that every member company is expected to initiate its own Safety and Health Day. These occasions pay tribute to the lives lost in mining and demonstrate support of a safer, healthier working environment for miners.

Stephen Badenhorst, Exxaro’s Matla Coal Business Unit (BU) Manager, concludes, “This was a very special occasion for Matla Coal, and we were honoured to celebrate with our employees and guests as champions of impactful development in the mining industry. We can’t wait to see what the future holds for both Matla Coal and Exxaro, as a whole.”