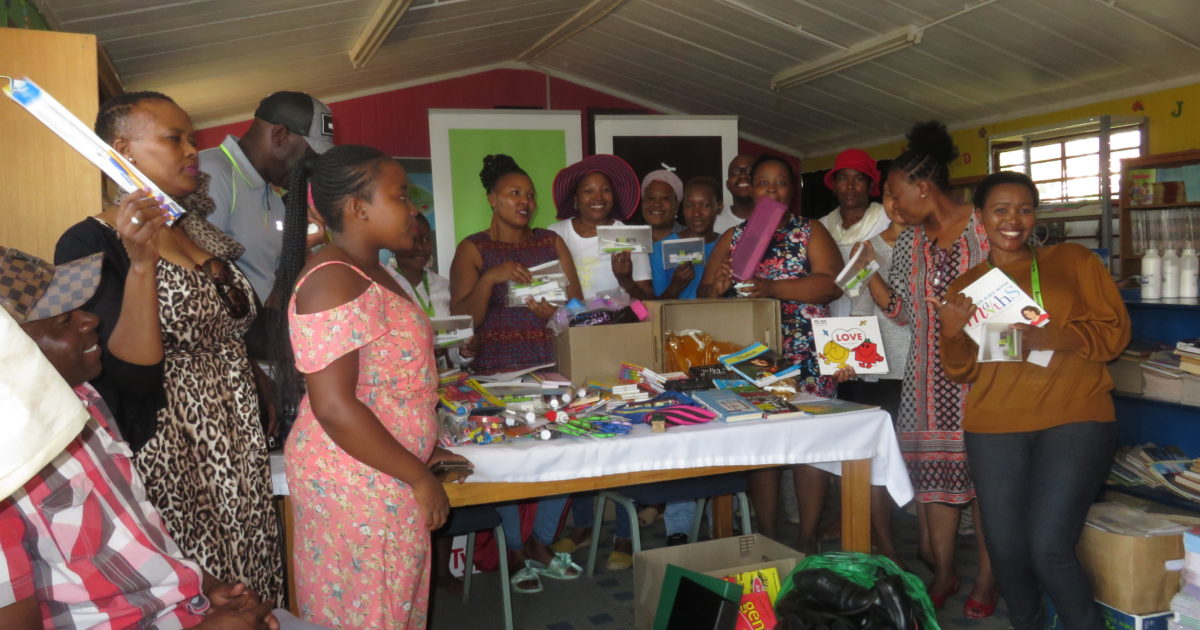 With a drive to empower and impact young minds, mining innovator and South Africa’s leading resources company, Exxaro has significantly touched the lives of over 300 children as part of their community education initiatives.

Throughout the month of January, Exxaro embarked on an education drive to empower students within communities to reach their full potential by contributing supplies to schools in the areas in which they operate.

The supplies – donated to the disadvantaged schools in Limpopo and Mpumalanga include food parcels, school shoes, school bags, stationery and winter warmers. At the Sifundise Primary School, the resources company also took time out to educate learners about the importance of caring for the environment and practicing safety, not only in the mines but at home as well.

What’s more, 20 teenage girls from Lehlaka Combined School and Sibongamandla Secondary School were afforded the opportunity to visit Exxaro’s Matla Coal Mine as part of the Business Unit’s Take a Girl Child to Work initiative. This was done to deepen the knowledge of female children about their infinite roles in society, enhance their self-esteem, inspire and motivate them to reach their full potential through exposure to diverse career opportunities in preparation for the world of work.

Exxaro’s back to school initiatives are aimed at school-going children and members of their host communities. Exxaro’s Belfast Coal Mine, for example, hosted community members from the Phumulani AgriVillage and taught them basic computer skills as a way of bridging the digital divide. This was an exciting experience as some community members had never been exposed to computers or laptops before.

As an added-value extra, an audience quiz conducted on the day resulted in 10 winners walking away with new laptops and another 20 winners receiving training vouchers from the Sector Educational and Training Authorities (SETA) – an accredited service provider for basic and advanced computer training.