It Began With a Single Pedal Stroke

In 2011, three Exxaro teams participated in the Absa Cape Epic and raised R1.5 million for charity. Though the event was incredibly successful for the organisation in that regard, one thing stood out clearly that year – there was an absence of any historically disadvantaged South African (HDSA) riders.

At that very event, Sipho Nkosi, Exxaro CEO, expressed his wish to see a child from one of the organisation’s rural mining communities participate in, and even maybe win, the Absa Cape Epic one day. This sparked the idea of bringing mountain biking to all levels of society in South Africa.

Later that year, in August 2011, Exxaro was announced as a new headline sponsor and official development academy partner for the Absa Cape Epic. We consequently established what is still known today as the Exxaro MTB Academy. Through this initiative, we strive to unearth hidden talent in historically disadvantaged communities and individuals. In identifying talented people, screening them, training them, and developing them, the Exxaro MTB Academy will be helping the youth of our country to fulfil their dreams, and through those dreams, help them to rebuild their communities. 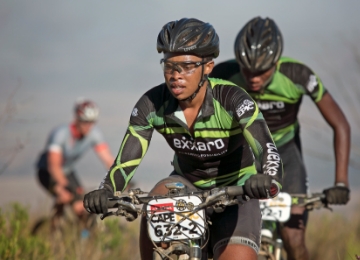 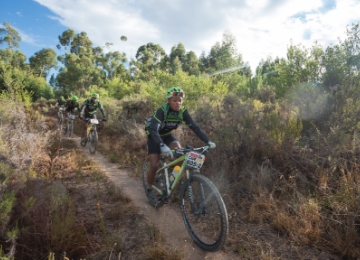 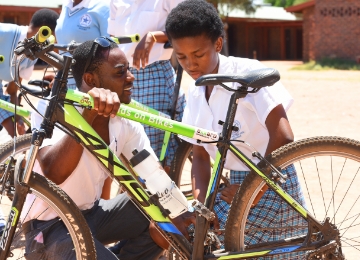 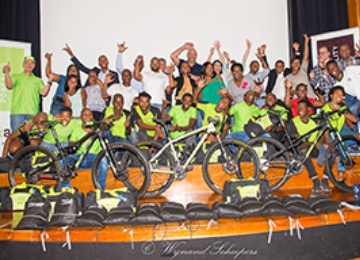 The Route That Changed So Many Lives

The Absa Cape Epic is the largest mountain bike stage race in the world, and takes place in South Africa’s Western Cape. The full-service race attracts aspiring amateur riders wanting to test themselves against the best.

The route is a well-kept secret until it is announced in September each year, and includes a terrain that’s as varied as it is harsh.

Changing Lives One Bicycle at a Time

Bicycles, as Qhubeka’s motto goes, change lives; a fact that has been proved by Exxaro through their involvement in the Absa Cape Epic, and in a broader way through their Exxaro Development Academy. Each year, since 2012, riders from historically disadvantaged communities have competed in the race –within –the race for the honour of donning the light green Exxaro jerseys at the final prize giving.

Total riders
1300
Made up of a two-person team.
Race distance
700km
Unspoilt scenery and vertical ascents.
“Through this massive programme, the youth are taught skills that you will use in the future to be a successful entrepreneur. The training has prepared me to be a go-getter for a successful career ahead.”

Lina Hart
Founder & CEO, Jico
“A company that is transforming the landscape of traditional mining. Empowering its people and communities. Thank you for making our nation great. Powering Possibility! Well done!”

Mandy Khumbuza
Financial Consultant, Independent Firm
“I am a Metallurgical Engineer, based at Leeuwpan mine. My male colleagues don’t just view me as a woman. They really value my insights and opinions. This, thanks to Exxaro’s efforts towards a diverse workplace.”

Thabitha Chauke had been growing vegetables on the land her parents own near Hlagakwena village. Exxaro saw the potential for Thabitha to expand her business into a self-sufficient and profitable enterprise and helped her to build and improve infrastructure, such as storerooms, drip-irrigation and water storage facilities. 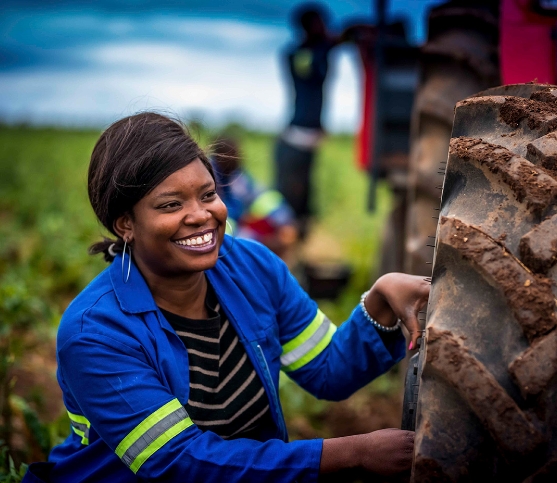 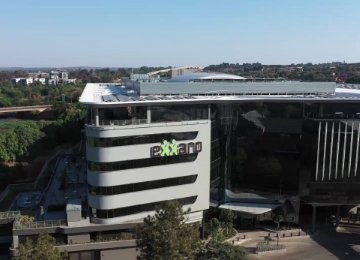 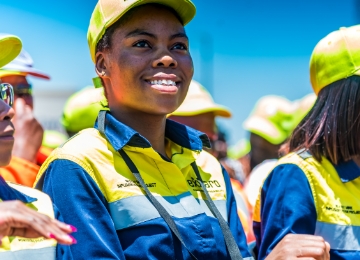 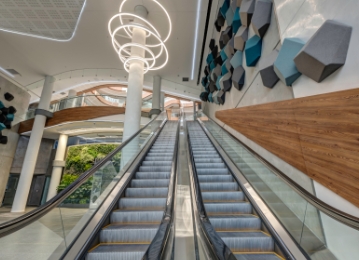