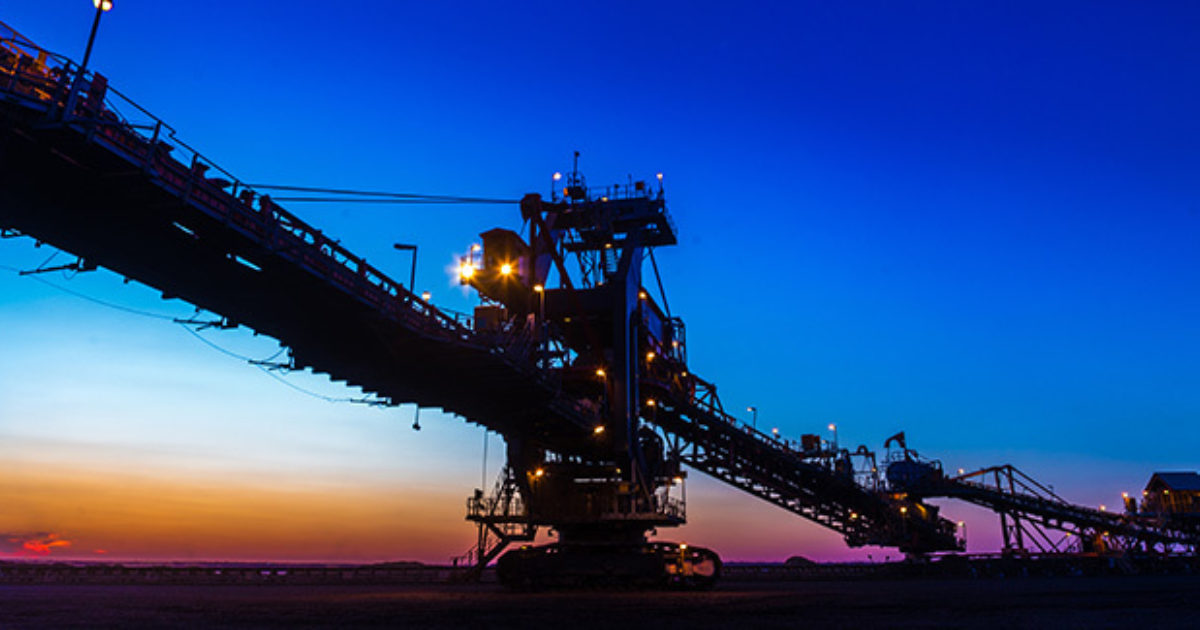 Exxaro at the Leading Edge of Mining Innovation in South Africa

As South Africans prepare for 2019, questions surrounding the state of our country are still pending. How are we working towards bettering our subdued economy? What are we doing to create employment opportunities? And will any changes made be significant enough to influence the rest of the continent? It’s these kinds of questions and more that led to the theme of this year’s Mining Indaba: Championing Africa’s Sustainable Economic Development.

The event, taking place from 4 to 7 February in Cape Town, invites investors, mining executives and junior miners from across the globe to network and celebrate how far the industry has come, while exploring what the future holds for the African mining market. Representatives from South Africa’s largest and foremost black-empowered resource company, Exxaro, will be among the attendees, there to share their coal investment proposition and the movement they’ve made towards digitilisation within their mines.

Exxaro is currently positioned as the largest thermal coal producer in South Africa and expects to increase its coal production to c. 60Mtpa by 2022. “This includes an increase to our exports as we work towards becoming a top 10 thermal coal producer globally,” says Exxaro CEO, Mxolisi Mgojo. The mining giant will also participate in five panel discussions over the course of the Indaba.

Besides their ambitions to increase the production of a commodity that contributes significantly to South Africa’s electricity production, how else can a mining company of this stature truly impact the country’s economy? “We believe that innovation is at the heart of sustainable economic development,” explains Mgojo. This innovation, he adds does not only refer to technology, but rather relates to processes, managing people, recruiting, working with government and community stakeholders.

One such example is Exxaro’s approach to healthcare: in an effort to manage the occupational and non-occupational health risks confronting thousands of Exxaro employees, the company approached the Limpopo Department of Health about a partnership that would enable Exxaro to administer treatment on behalf of government.

This successful public private partnership (PPP) has allowed for the development of insourced health centres within some of Exxaro’s mines, hybrid centres that include both insourced and outsourced staff, and outsourced centres where third party contractors provide entire health services on behalf of Exxaro. The result of the movement? Less absenteeism, longer life spans, and the general wellbeing of Exxaro employees.

The healthcare intervention has subsequently resulted in an expansion into Exxaro’s surrounding communities too, with a focus on improving access to healthcare facilities. This programme employs and trains mostly unemployed matriculants to visit community members, encouraging them to address their health and social needs. “Currently we have an on-site Health Office in Belfast but are currently in talks to roll out more of these programmes to other surrounding communities,” says Joseph Matjila, Group Manager for Safety & Health at Exxaro.

While Exxaro’s relationship and interactions with the communities in which the company operates is crucial to its success, what’s equally important is how they’re stewarding their natural assets as well as social capital towards building happy communities. Over the past 5 years, Exxaro has seen significant improvements in environmental, social and governance indicators. From 2011 to 2016, for example – there was a 72% decrease in water withdrawal, a 62% decrease in CO2 equivalent emissions and a 96% decrease in hazardous waste. In the same vein, the mining company saw a 54% decrease in the turnover of employees with a 57% increase in female managers.

The wellbeing of female Exxaro employees at the coal face has always been a focus for the mining company, which continues to find innovative ways to improve their environment and work culture. Currently 42% women representation on the Exxaro Resources Board and 32% are in top management.

Female employees are offered self-defence courses and can make use of underground toilets secured with locks that only they have access to. Additionally, there is a project underway that makes use of woman in distress buttons, with the lamps used by women to be upgraded to include these. “To further ensure their safety, all female miners have a direct hotline to the CEO to whom they can report any victimisation, assaults or issues,” adds Exxaro’s Executive Head of Human Resources and Women in Mining Chairperson, Vanisha Balgobind.

The Exxaro women in mining committees are looking to integrate male employees in the forum – where the focus will be celebrating diversity and working together to achieve the company strategy.

Improving the lives of all its employees is another focus of Exxaro’s, who recently brought automation to some of their departments in the form of Digital C (Colleague) Bots. These bots streamline mundane and repetitive processes so that employees can put their time to better use, whether exploring different areas of work, taking time to better their skills, or to spend that extra time with family. “In the short period that we have piloted the Digital Cs, we have seen a percentage increase in transactional volumes, a reduction in processing errors, improved quality of data and less processing time, to name only a few,” adds Mgojo.

Additionally, each of Exxaro’s business units have digitised their mining value chain, referred to as Ops-eye – the system provides real-time data on stock levels, quality of coal, throughput and has improved decision-making time. This Ops-Eye intelligence is a value chain control room with a “bird’s-eye view” of an entire and interconnected operation. It can anticipate any bottlenecks and inform local control rooms of any changes needed to avoid production loss. Ops-Eye therefore has the ability to access integrated information and predict potential outcomes. “This forms part of our Digital@Exxaro movement – one way we are using technology to address any problems in our company that could inhibit our growth. Since implementation, it has shown improvement in productivity (ex-pit) by 5%,” explains Mogojo.

When it comes to digital transformation, in addition to automating certain processes, Exxaro is also the first in South Africa to have created a digital twin for one of their mines. The resource company first broke ground on their Belfast Implementation Project in July last year and, thanks to this innovative way of using technology, the new coal mine can effectively be managed from anywhere. “The digital twin is a complete digital replica of the mine which will allow management and the contracted company to connect to and manage it from anywhere,” explains Mgojo. “The maintenance teams will also be connected to certain machinery to analyse and pick up problems early – resulting in increased safety and reduced downtime” he continues.

“We decided to go the digital route mainly to manage costs and improve productivity,” adds Johan Meyer, Exxaro’s Executive Head of Projects and Technology, who explains that the digital twin is about connecting the value chain from pit to port to ensure that the entire operation is visible to the operations team. This allows them to make integrated decisions, thereby enabling Exxaro to produce efficiently and supply coal quickly to the market and to have less product in stock. “By equipping our operation with the correct connectivity devices right from the start, we will remove the slow human interface so that we have real-time information to make quicker decisions to move the tons faster through the value chain,” he explains.

While this year’s Mining Indaba will undoubtedly shed light on just how much the mining industry will play a part in improving sustainable economic development in South Africa, it’s clear that some of the larger organisations like Exxaro, are well on their way to making their own changes that will in turn inspire change in the state of the rest of the country, and beyond.